Would you like to know the difference between a colored pencil, and a standard pencil? Want to know which type of pencil is best suited to your writing needs? This guide will help answer your questions by explaining how different types of pencil are constructed, how they are used,  the materials they are made from,  and how darkness and hardness of these materials are measured.

The most commonly used pencil is made from a writing material or "lead"  which is glued between two slats of wood.  The sandwich is heat and pressure treated to ensure it stays together, cut to length, shaped, and often painted to create the pencil which is desired. Pencils are most often formed into a round or hexagonal shape but are regularly formed into other shapes depending on their purpose e.g. carpenters pencils are often rectangular or oval-shaped so they won't roll off a workbench.

Pencil "leads" as we know them have never been manufactured from the element Lead. The term "lead"  is a misnomer which originated in the early 1500s when a large deposit of graphite was discovered in England and used to make pencils, scientists incorrectly identified the graphite as a form of the element lead and the name has stuck to this day. Having said this Lead was a commonly used ingredient in paint prior to the 1970s so while the writing material in pencils may be safe it is entirely possible that the paint used to coat pencils manufactured prior to the 70s is quite toxic.

The origins of the modern-day pencil can be traced back to  1795 when Nicholas Jacques-Conte developed a process where graphite, clay, and water were mixed together and fired in a kiln to produce "leads"  of varying grades which are strong and glide smoothly across paper. 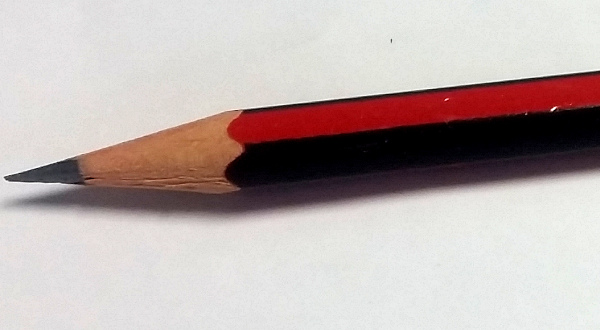 Pencil "leads"  leave markings that range between gray and black are created by combining graphite which is a naturally occurring form of Carbon with water and clay. The proportions of  Graphite and clay are varied to create leads of different darkness and hardness.  A higher proportion of clay results in a harder lighter colored lead whereas a higher proportion of graphite makes for a softer darker lead.  Leads are fired at the end of the manufacturing process to make them stronger and are then finally infused with liquid wax to provide lubrication.  The result is a strong lead of the desired tone and hardness which glides over the page easily when writing and does not break easily.

The darkness and hardness of a graphite lead is commonly measured using the HB Scale with H standing for hardness and B standing for blackness. The higher the number in front the harder or blacker the lead is e.g. a 8B lead is very black and very soft where a 6H is much harder and lighter.  HB sits pretty much in the centre of the scale and is considered ideal for writing,  while harder leads are typically better for technical drawing and, softer leads are considered better for artwork.

The table below describes the HB scale of lead grades and their typical uses.

Another pencil innovation is watercolor pencils which allow an artist to create a drawing on paper which can then have water applied to it resulting in a watercolor effect. Leads used in watercolor pencils are manufactured using a similar process to other colored pencils but use water-soluble binding agents such as water-soluble gum so that the pigment applied to paper can disperse with the simple addition of water.

In most cases, a woodless pencil will be coated in a thin lacquer to prevent the core material smudging onto the writer's hand. 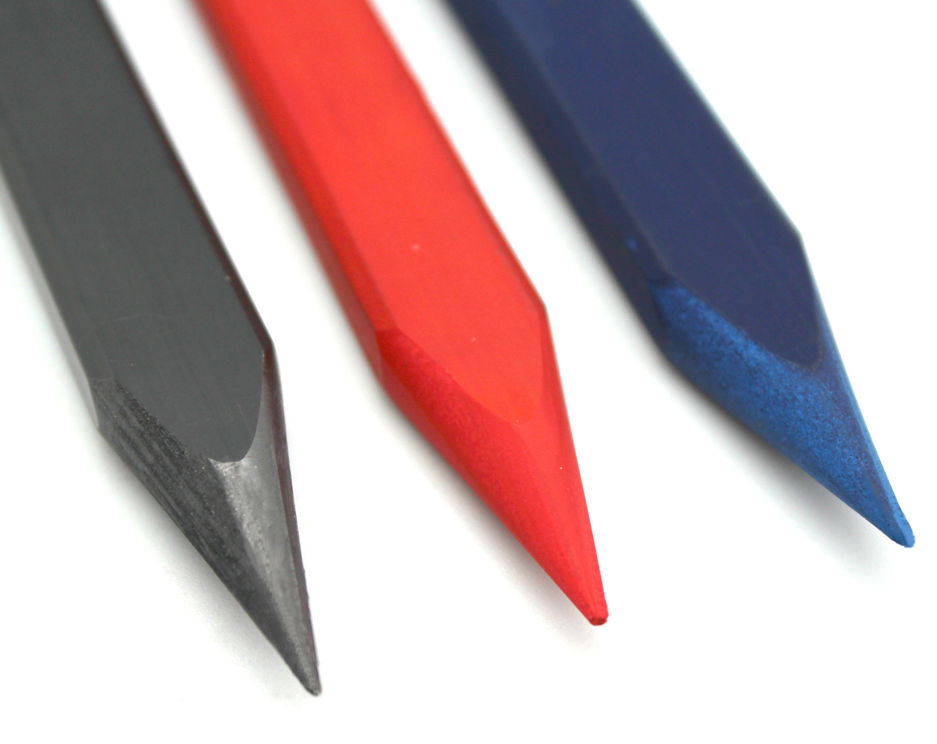 Because of the large surface area combined with a sharp point, woodless pencils are commonly used by artists for drawing and shading and if used regularly for a combination of shading and point work will rarely require sharpening. Woodless pencils can be sharpened with a regular pencil sharpener just like any other pencil but if you find yourself doing this you should consider getting a standard wooden pencil to do your fine point work with.

Mechanical pencils were around before wooden pencils were invented and have a number of advantages over standard wooden pencils. The primary advantages are that they can be refilled with the lead grade of your choice and do not require sharpening which means that your pencil retains the same size and shape until you lose it or it wears out after, hopefully, many years of use. This is a real advantage if you want to use your pen for writing with a HB lead one day and technical drawing with a 2H lead the next.

The disassembled parts of the same pencil are shown below.

Pop point pencils are a pencil which is made from a plastic tube which is filled with a number of leads embedded in small plastic plugs that can slide inside the larger tube in a manner that resembles a dart inside a  blow tube. These pencils are an economical pencil that does not require sharpening as a point is simply used until it is blunt and then removed and  "popped" into the back of the tube to push the next sharp lead forward. 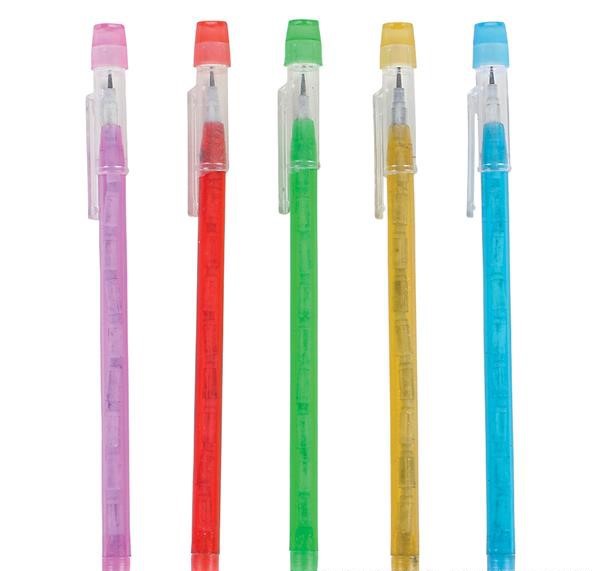 Orders will be shipped from within Australia within 1 business day of being placed.

Free shipping with tracking within Australia for orders over $35.00

$5.99 Flat rate shipping with tracking within Australia for orders under $35.00

Please contact us if your country is not available at checkout.

We stand by our products

if you are not happy with your purchase for any reason you can return the product for a full refund.